Oh man, was this going to be fun. A trip like no other (so far). A trip with a twist. A trip that was actually two. Let me explain.

For a while now, Anza Borrego Desert State Park in California has been on my list of places to explore. Like Death Valley - which we've visited quite a bit and recently hiked for three days - it's a great place to visit during the winter because temperatures in the summer can get rather unbearable - so much so that certain roads in the park are closed from mid-June to September. The problem is that the drive to-and-from Anza Borrego is a bit too long to make our normal 6-day jaunts worthwhile.

So you can imagine my excitement when I realized that there was an opportunity to nearly double the length of the trip and cut the driving in half, all at the same time! See, it turned out that my Pops and step-mother were going to be vacationing in Anza Borrego for part of March, and that meant that I could take a page out of @DVExile's playbook and leave the truck in California between trips. We'd drive down as normal; explore for 4 days; fly home... and then reverse the process for a second trip 10 days after the first.

It was glorious! And, not any more expensive than two trips would have been - the cost of flights essentially the same as the cost of fuel to traverse the entire west coast.

Having figured this out with only about 3 days before departure, it was with some hasty research and planning that we were ready to go in just the nick of time, and we set out south at 7:00am - a long two days of driving ahead of us to reach our destination.

Time passed slowly but steadily as we drove through the rain and snow towards what we hoped were warmer days - our bags full of shorts and t-shirts. With stops for food and fuel, we made reasonable time - luckily missing traffic in major metropolitan areas as the miles-upon-miles of I-5 stacked up behind us.

Every once in a while, we'd get a nice little sun break. 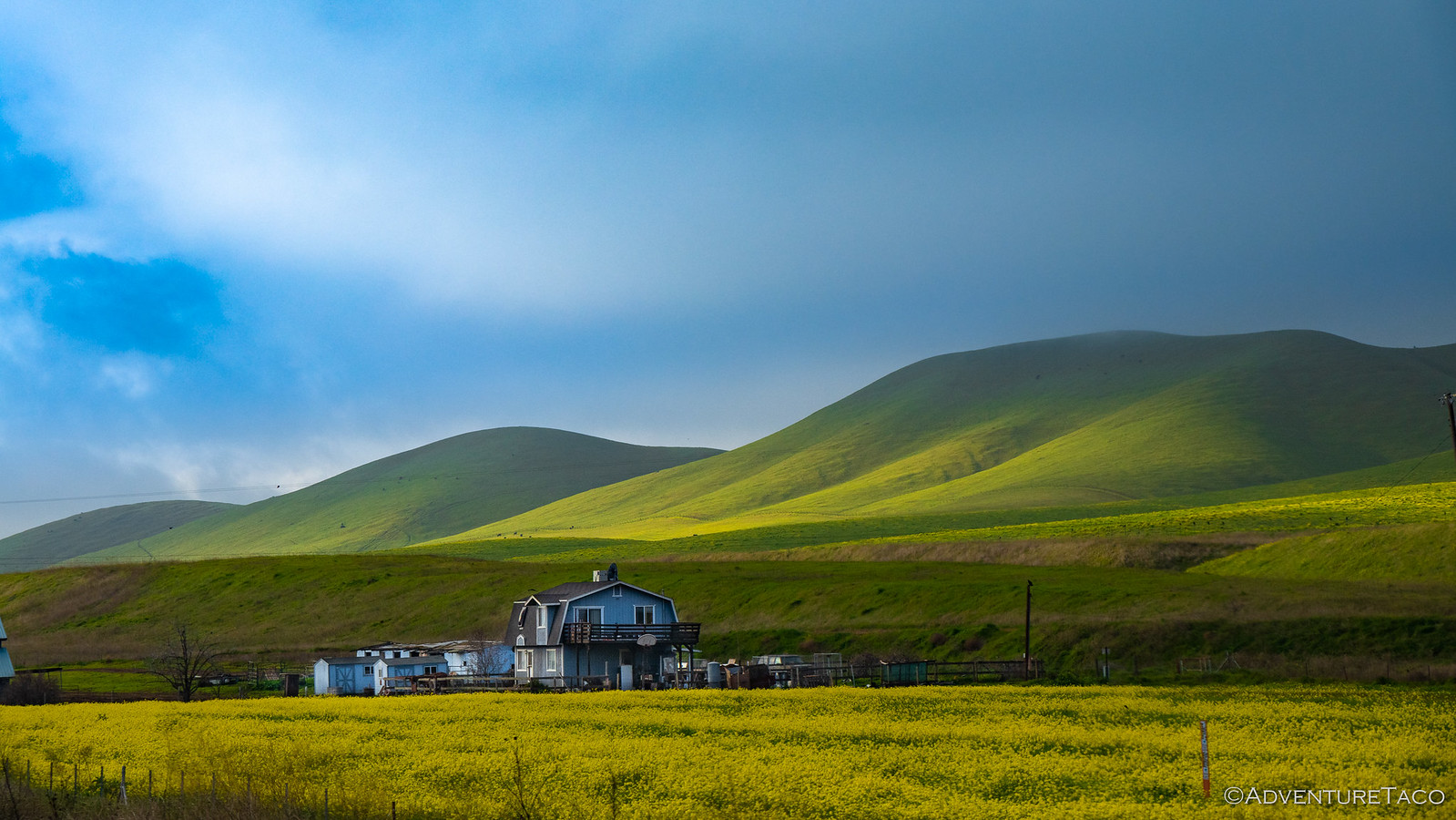 Eventually we made it to the Bay Area - a short, 7-hour pit stop - before continuing south. Again, food and fuel were our only stops - warmer climates and dirt roads calling our name. As we neared our destination, spring was clearly in the air - the hill sides along the I-5 Grapevine covered in California poppies. 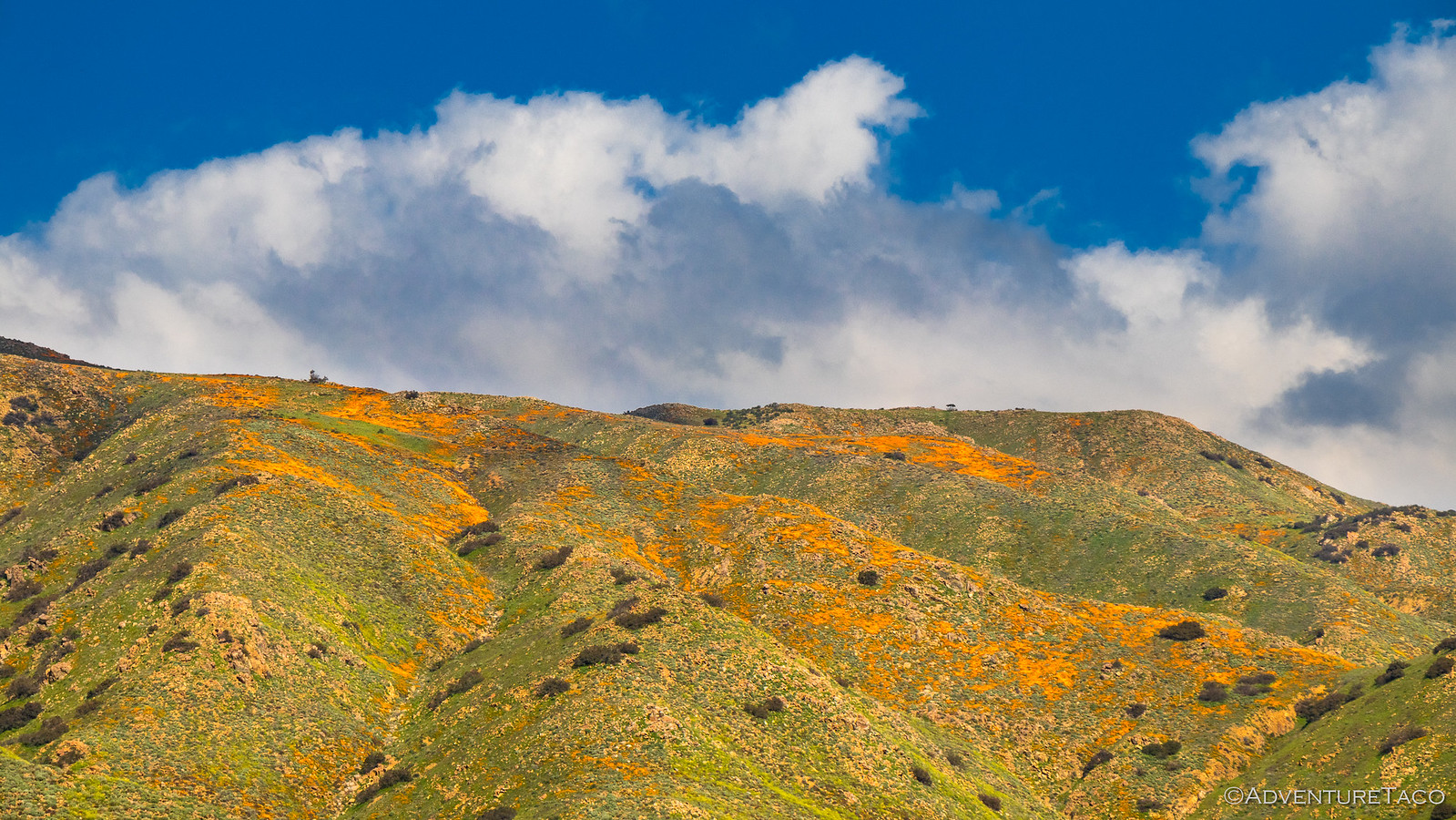 Some taco-truck fixings for lunch and a couple more hours of driving and we found ourselves on the final approach to the park. Not only that, but @mrs.turbodb realized that we could actually make part of that approach on dirt rather than pavement - so we pulled onto our first trail and aired down the tires. The afternoon sun was out, and it was windy! 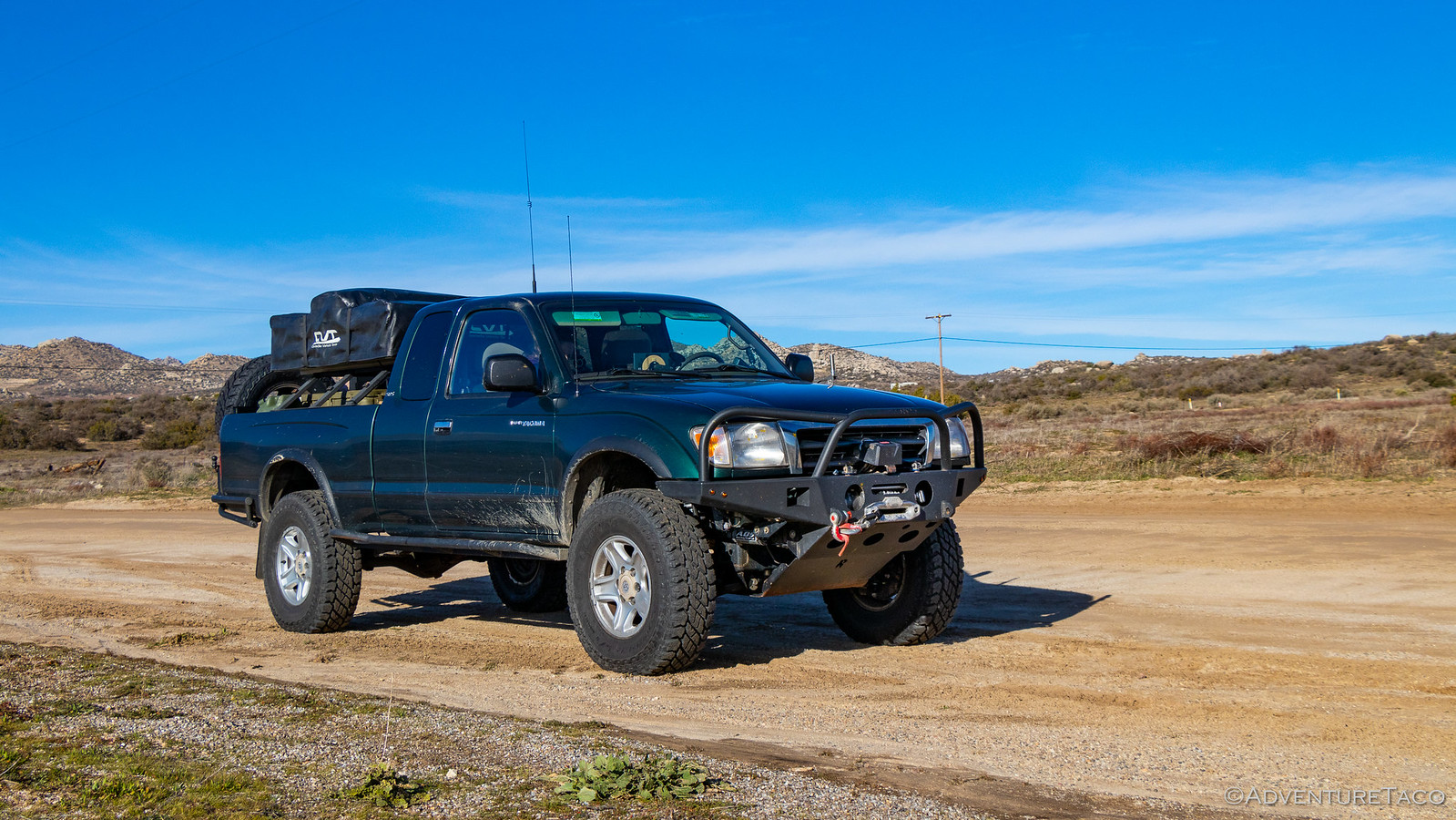 As is typical for me, I gave the truck a once-over as the tires aired themselves down (I can't recommend a set of automatic tire deflators enough). Usually this inspection turns up nothing, but that was far from the case today. Sometime during our thousand-mile paved journey, the inner boot of the driver-side CV had torn - the telltale grease covering the surrounding area. 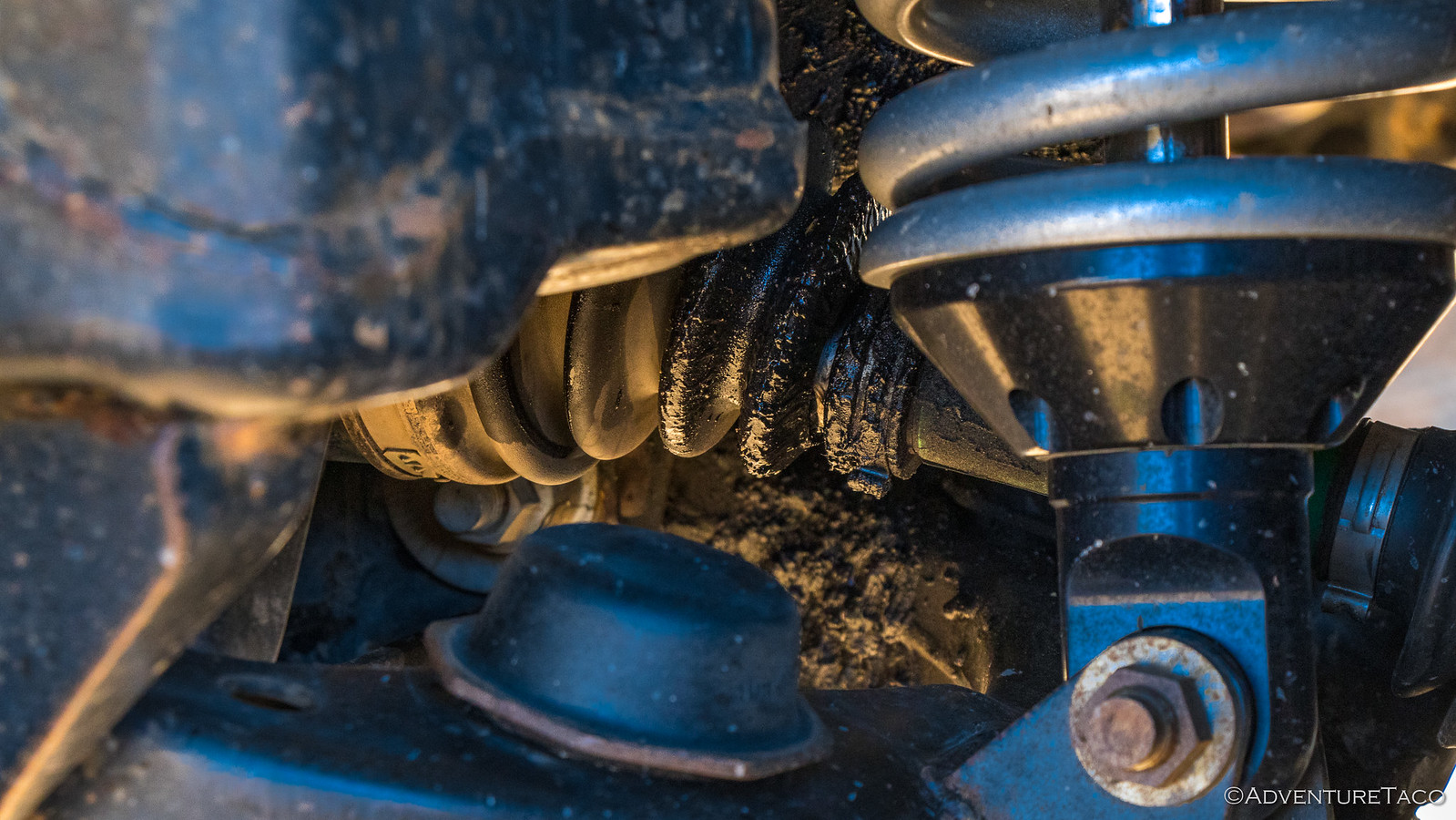 That was a bummer - I've been lucky to this point to not have a boot tear on any of my CV axles - but not the end of the world. Our CVs can run for quite a while with a torn boot - so rather than replace it with the trail spare in the OSK, I decided that we'd just let it be for the remainder of the trip, and we'd fix it when we got home. You know, the knowledge of it's imperfection nagging at me all trip!

At any rate, we carried on, this first trail being a nice change from the pavement of the last two days, even if there wasn't anything truly outstanding about it. 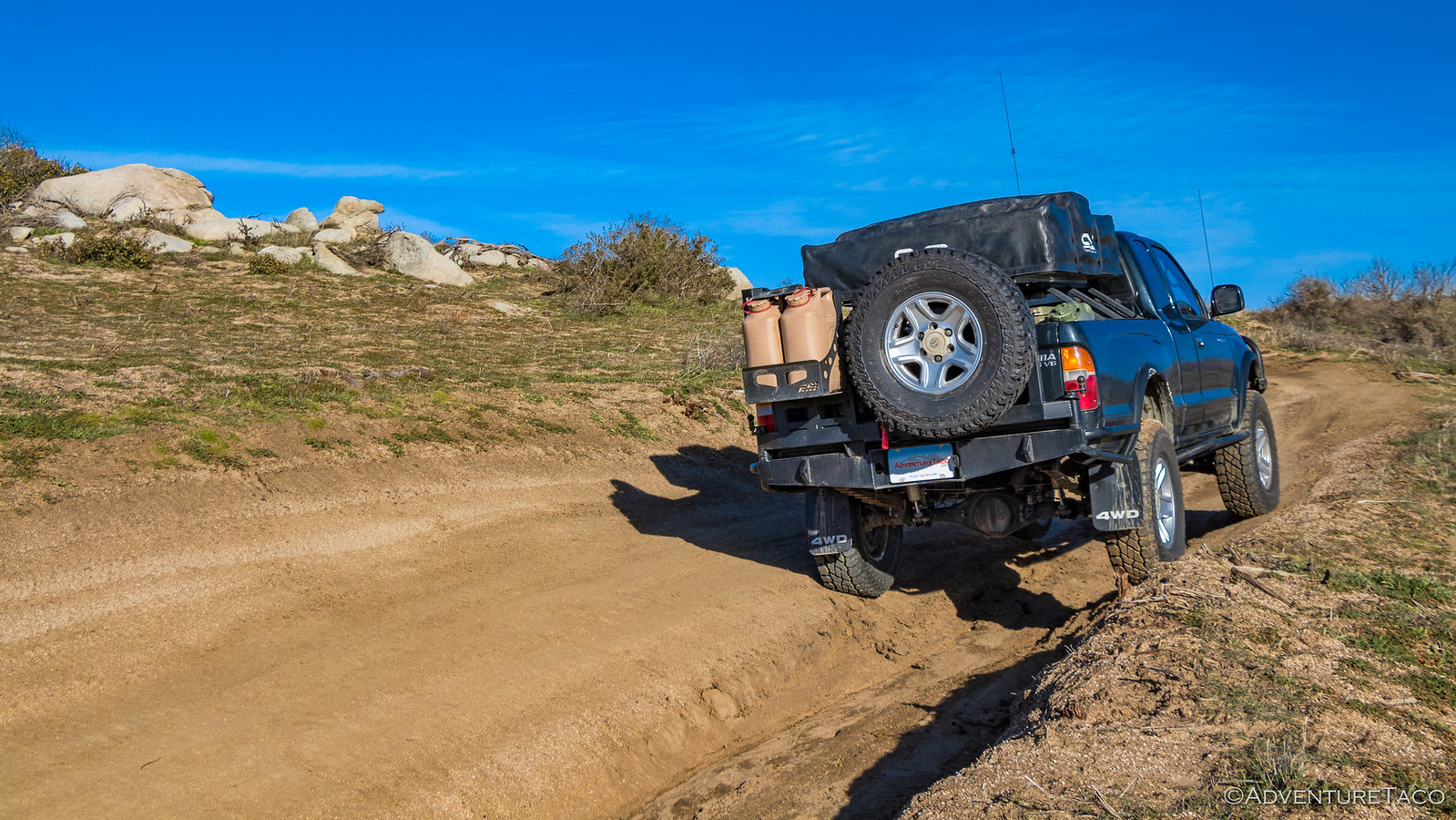 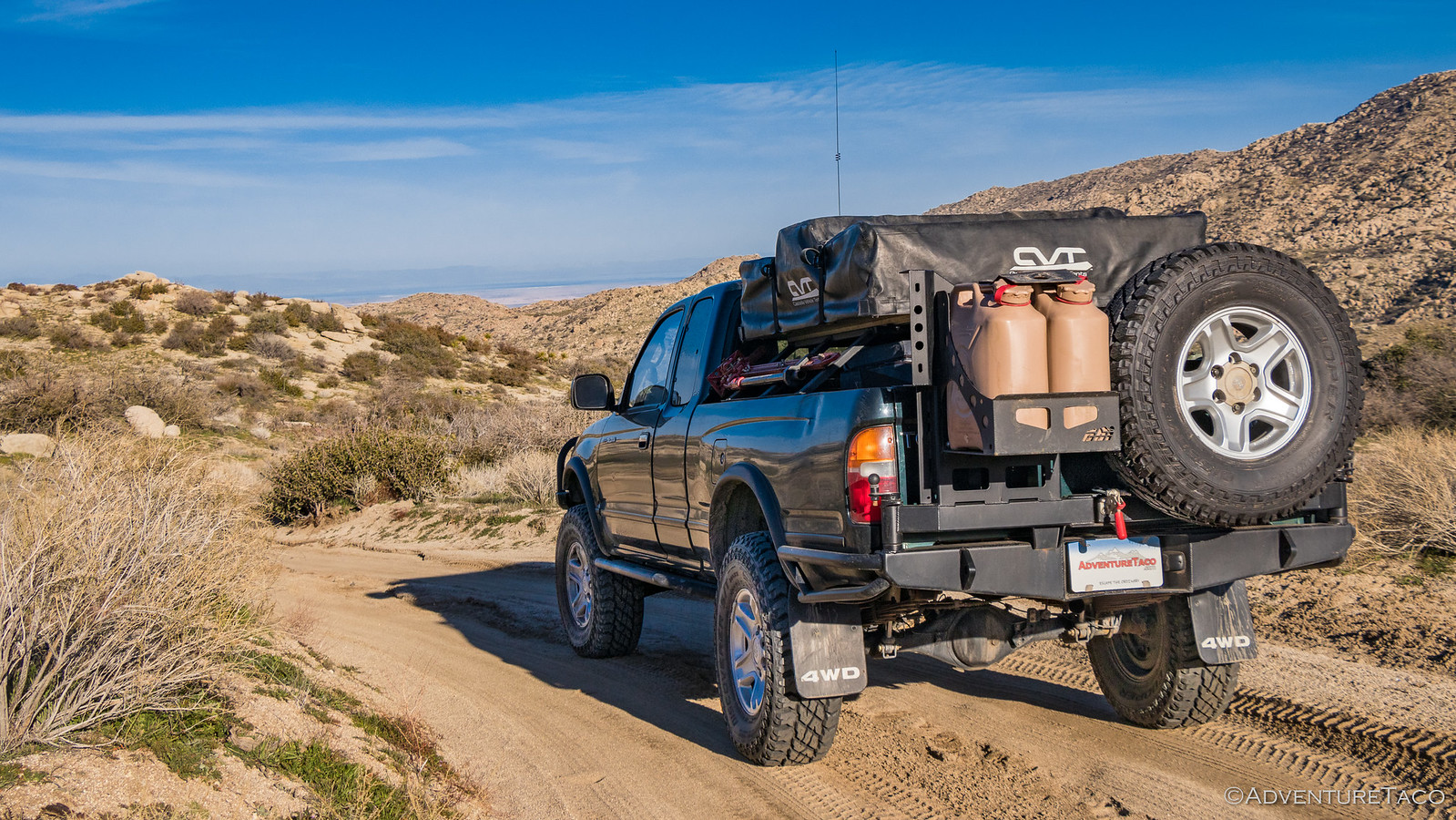 As the trail wound around through the rocky hillsides, we got out to inspect a few old homestead sites. In each case, the buildings - and frankly any indication a homestead had previously existed - long gone; still, the stop was a chance to stretch our legs and enjoy the outdoors.

Eventually, the trail afforded us our first glimpse of Anza Borrego Valley - stretched out as far as the eye could see below us. It was spectacular. 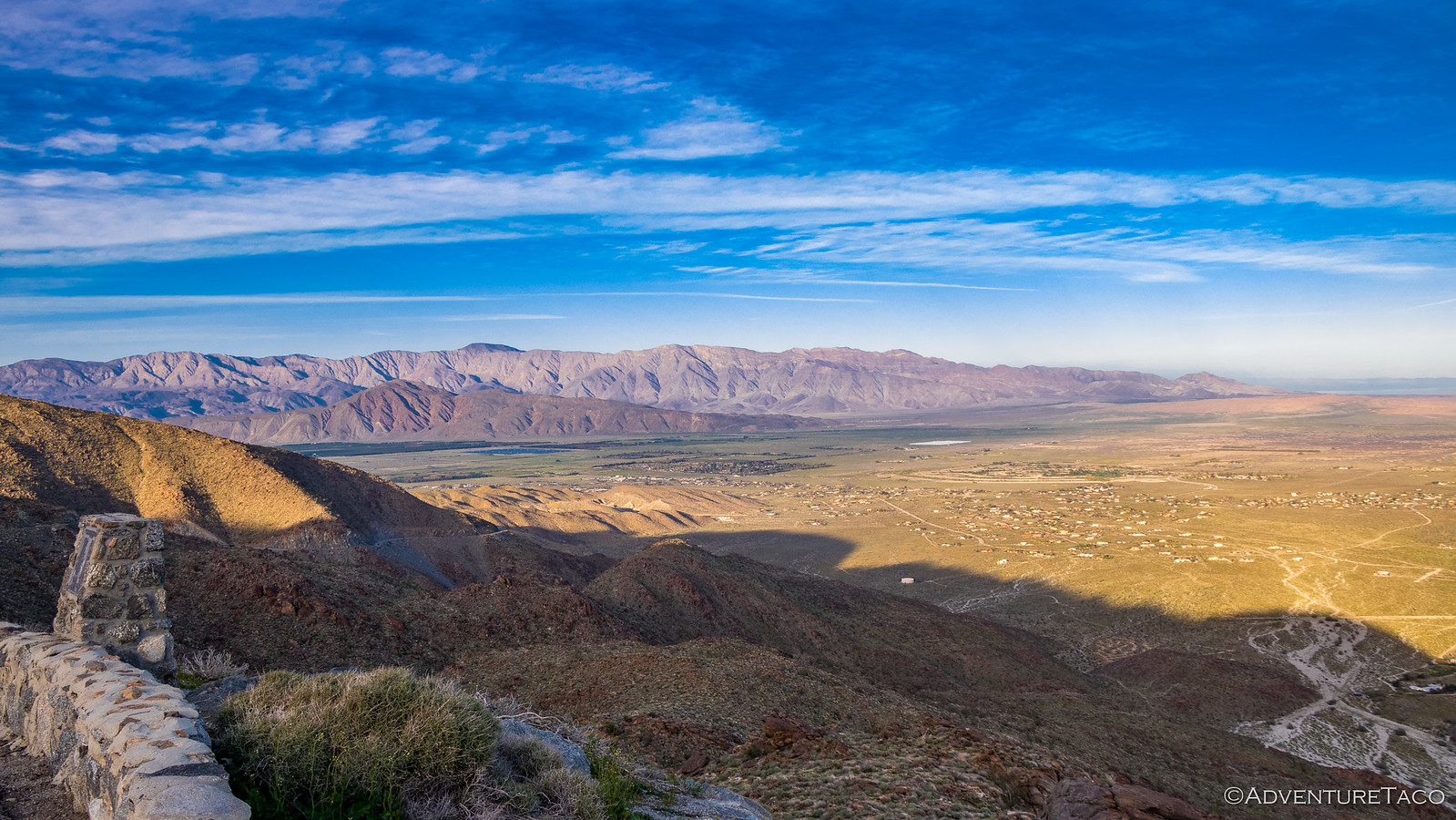 It was also, obviously, populated - at least more-so than other places that we've visited - houses and cities evident across the landscape. That's a difference between National Parks and State Parks we figured, as we rejoined the highway for the final few miles down into the valley.

There, we passed through the town of Borrego Springs to fill up on fuel, before officially entering the park and heading towards our first in-park destination - an overlook of the badlands at Fonts Point.

As we'd come to find was the case generally, the road to Fonts Point was easy going. Primarily sand, there were places that were deeper and places that were rough - so it was nice to be aired down - but there wasn't much to worry about, 2wd just fine most of the time. It was just after sunset as we approached the overlook - the perfect time for the lot to be empty so we could setup camp for the night! 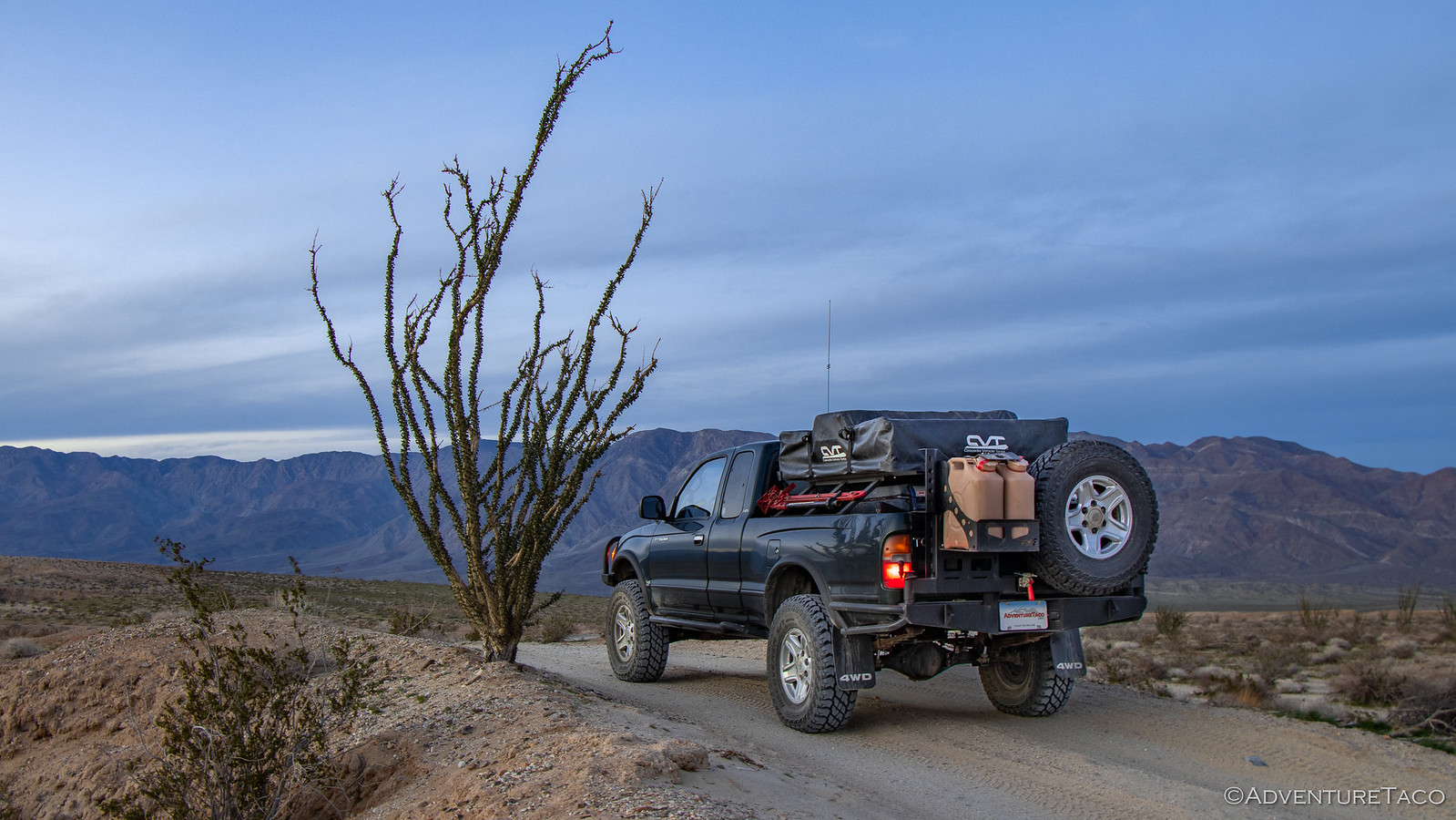 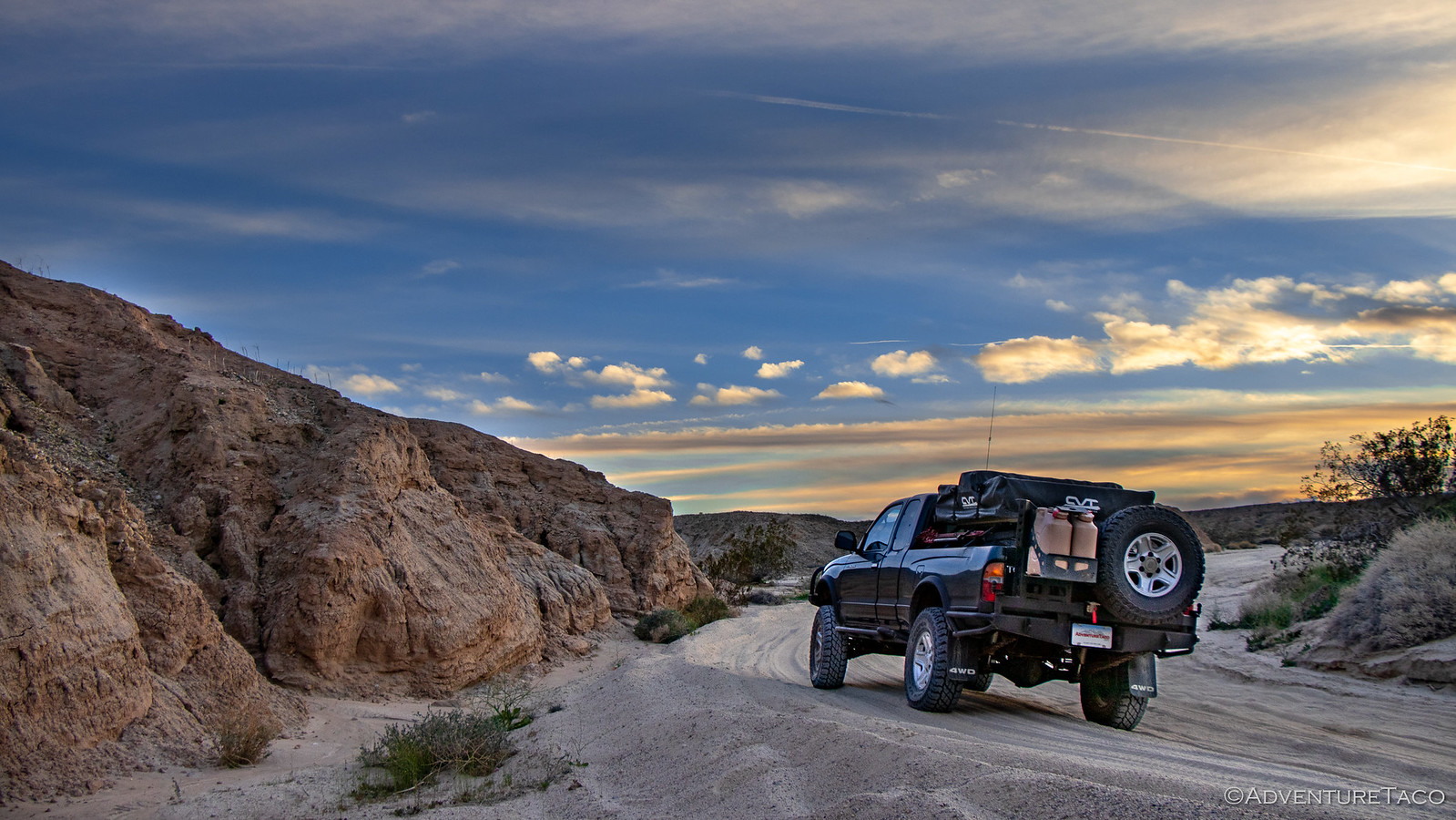 Of course, anyone who knows Anza Borrego is likely chuckling our naivete - Fonts Point is a popular place, and there were no fewer than 15 vehicles parked in the lot taking in the sunset. It was immediately clear that this was not going to be our camp site for the night. But we weren't going to miss the badlands and we meandered the final few hundred feet to the overlook. It was incredible - the badlands spread out into the distance, the geometric shapes of each crevice inviting our eyes to explore them.

As the color of the sky changed above us, we obliged. 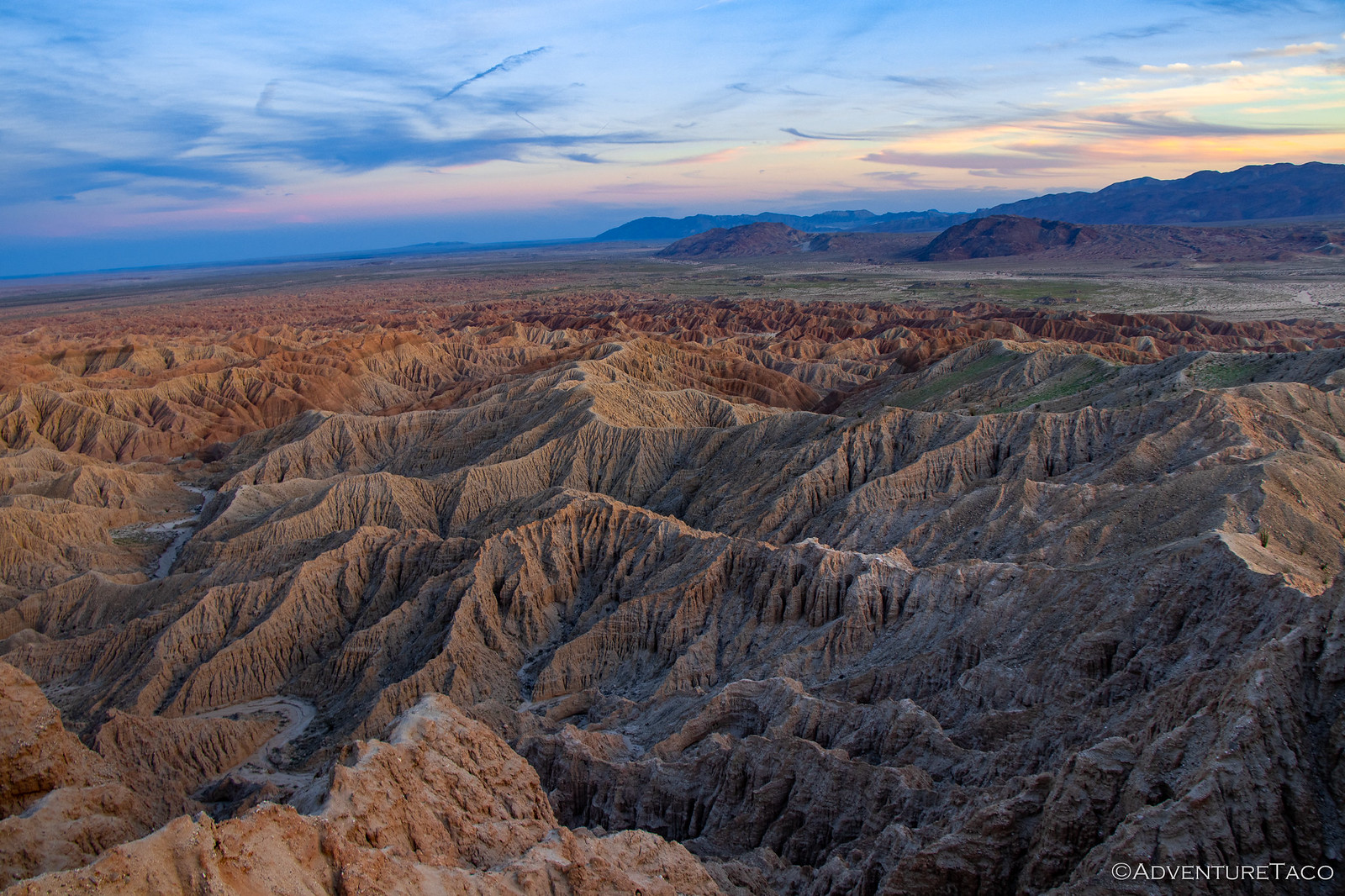 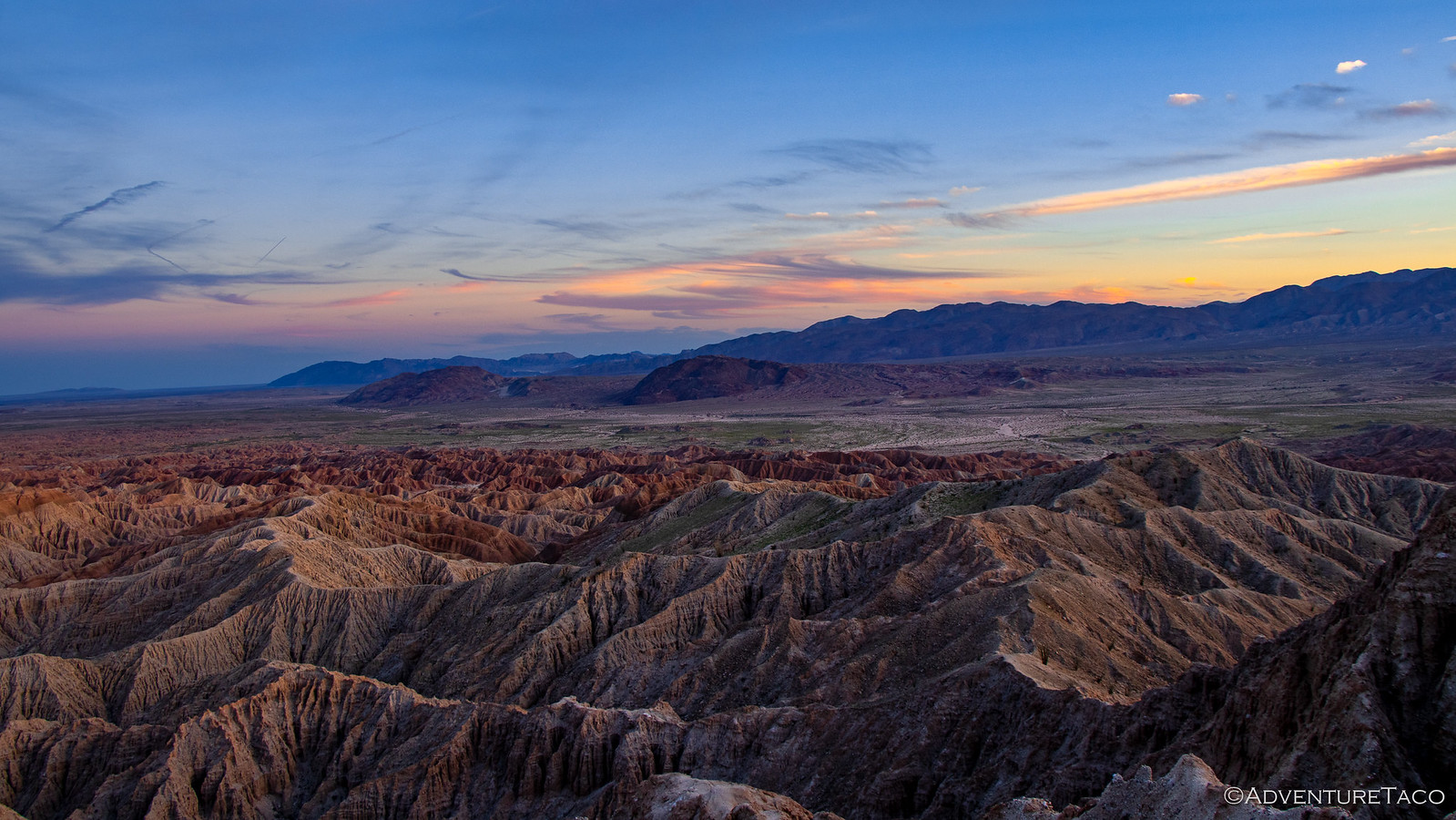 Eventually we decided that we should take our leave of this amazing place so that we could find a camp site for the night while there was still some light out. I had a nearby place in mind - one that I hoped would be very similar and even perhaps slightly better - Vista del Mal Pais - another, less populated, badlands overlook. Less than 10 miles away, we made our way east off a spur from Fonts Point, and then south again towards the end of the road.

...where we were stymied once again by a white first gen Tacoma - already setup to enjoy the solitude! 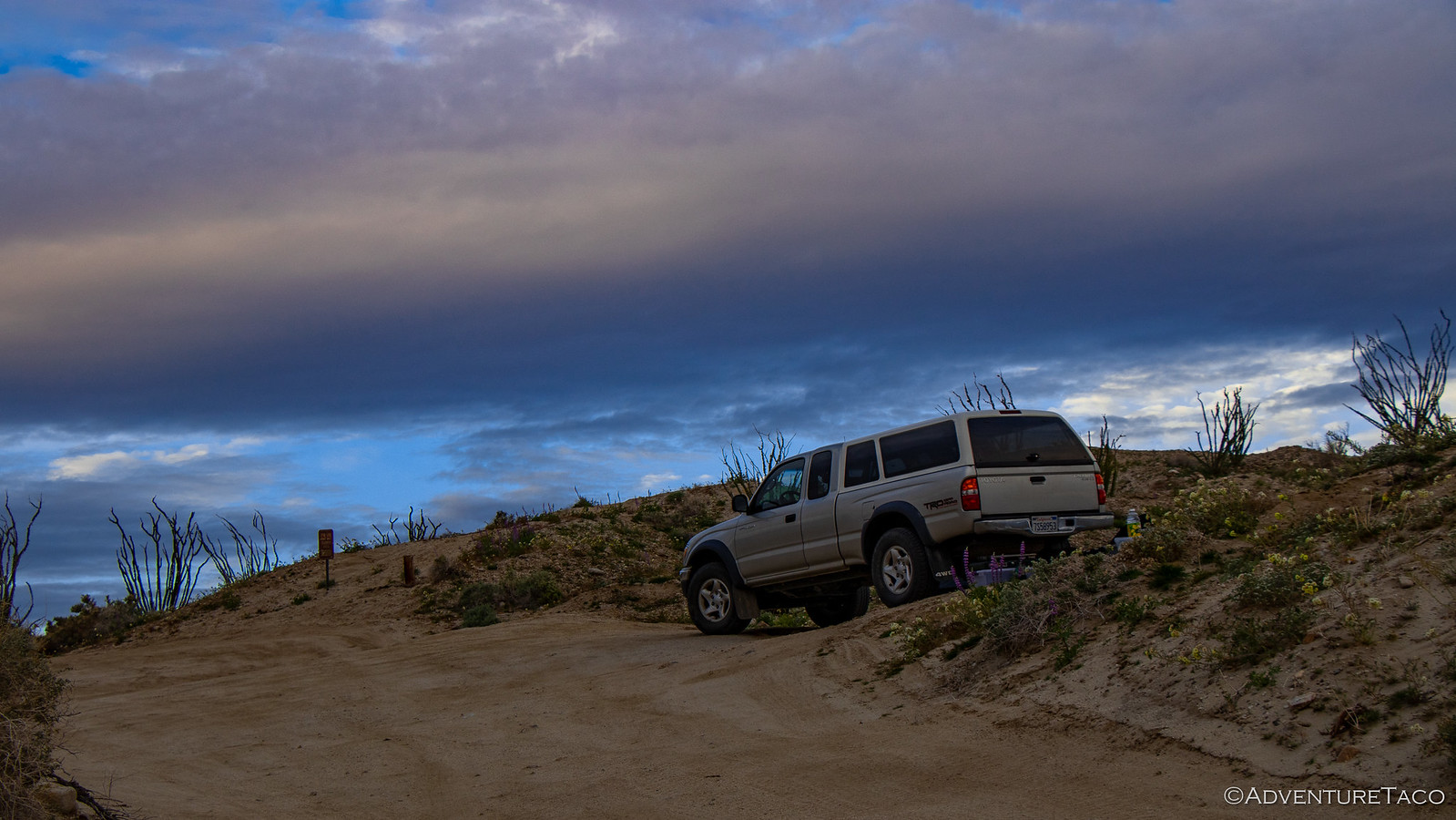 But that was fine with us - we'd spotted a perfect spot about a half mile down the road. Sheltered in a side wash, it was just large enough for one truck and would afford us a bit of privacy from the road. As we got ourselves situated, I worked on setting up the tent, and @mrs.turbodb got busy making delicious hamburgers on the Coleman grill. A mostly clear sky above, we sat back and enjoyed the stars as we ate our dinner - happy as could be that it was well above freezing - and discussed our plan for the days ahead.

It would be a full few days - we knew that much - but little did we know just what was in store, the desert always seeming to have surprises around every turn. Then, once dinner was done, lounged a bit more before both giving into to the tired that comes from two full days of travel - our bodies and minds ready for some rest before whatever lay ahead the following day.

As we climbed into the tent and under the covers, we remarked again how comfortable our new Exped Megamat 10 Duo was - and then quickly fell asleep. It couldn't have been after 8:30pm! 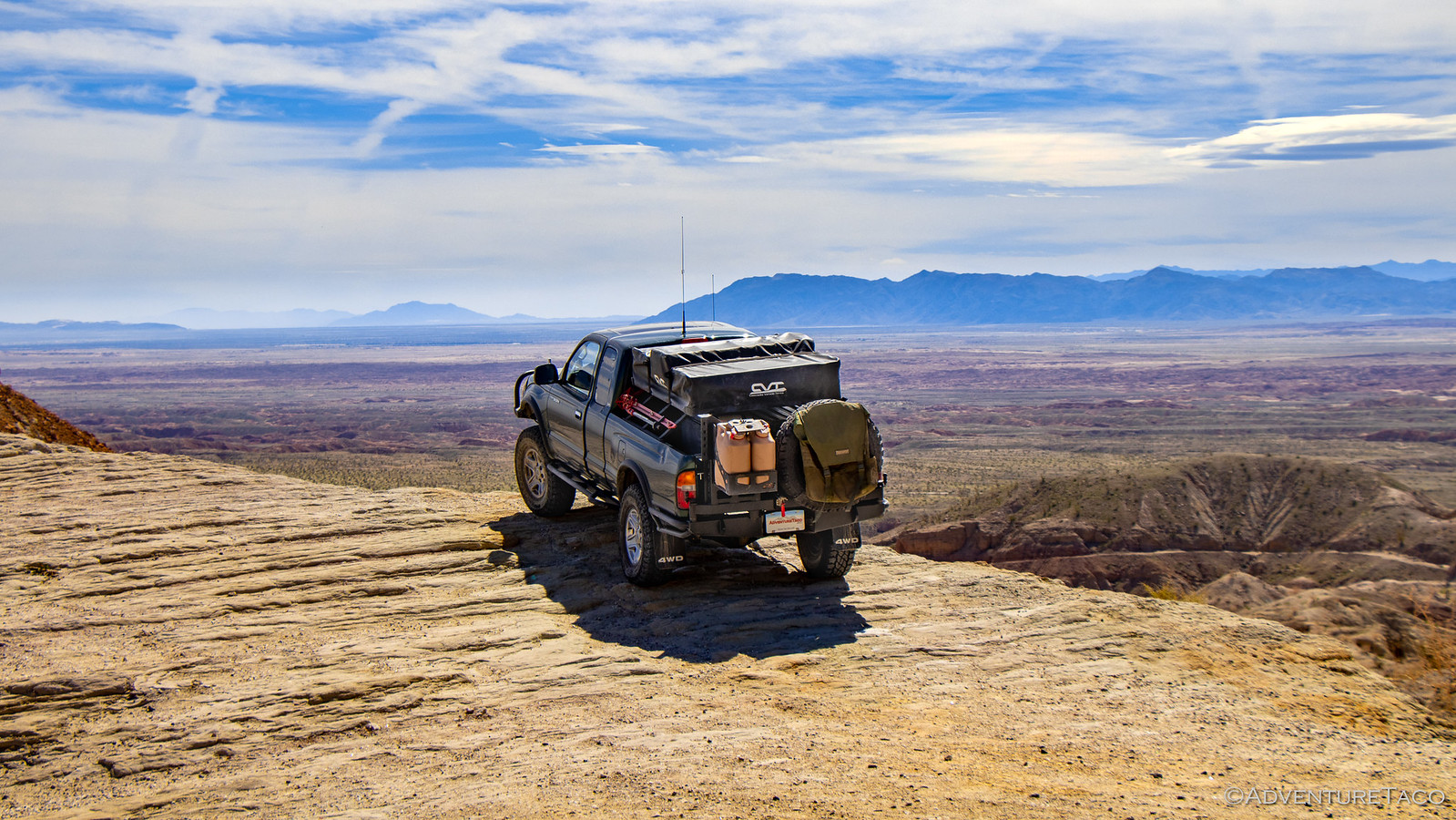 Anza-Borrego Part 2 - Fun in the Sun! 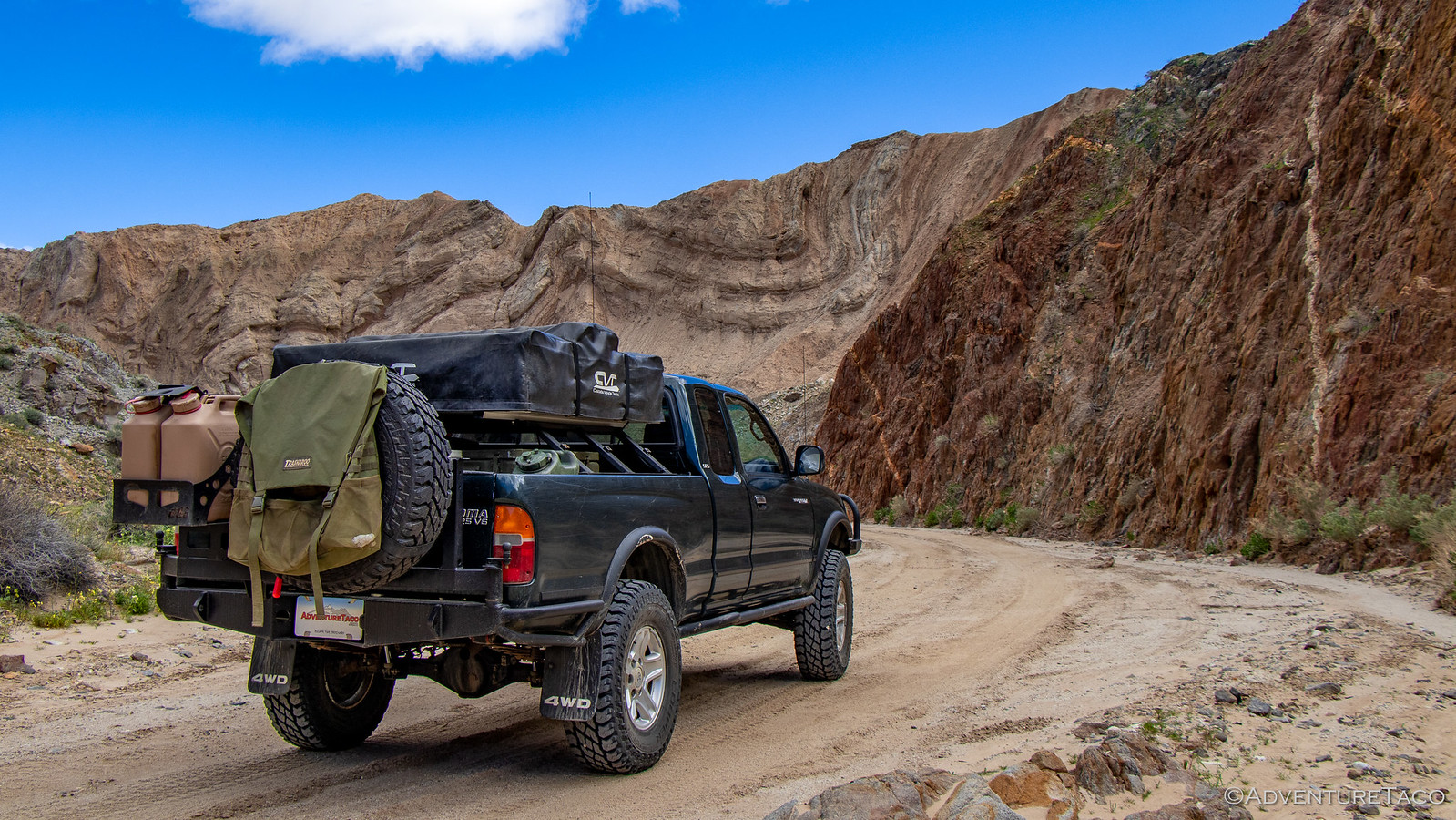 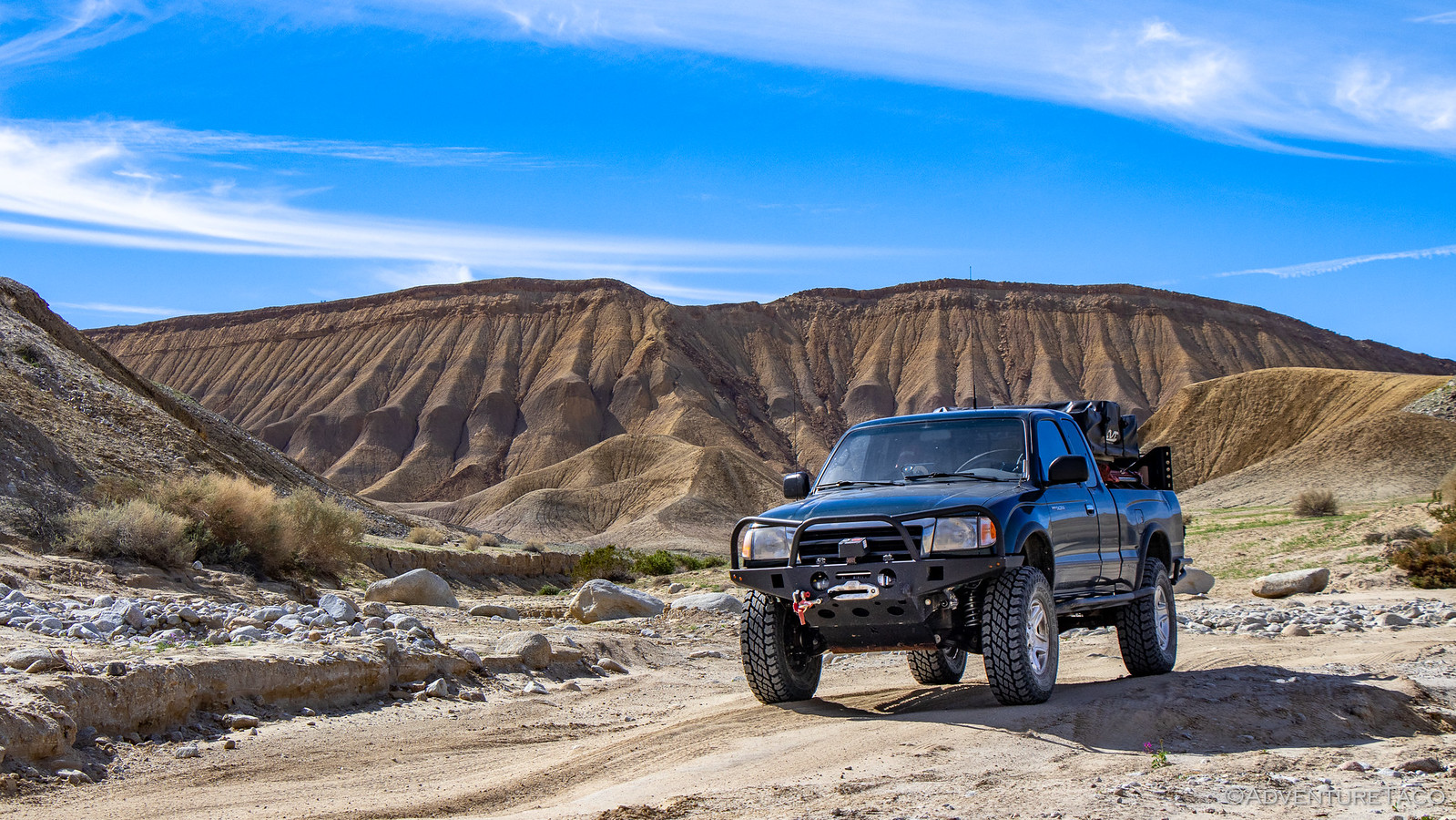 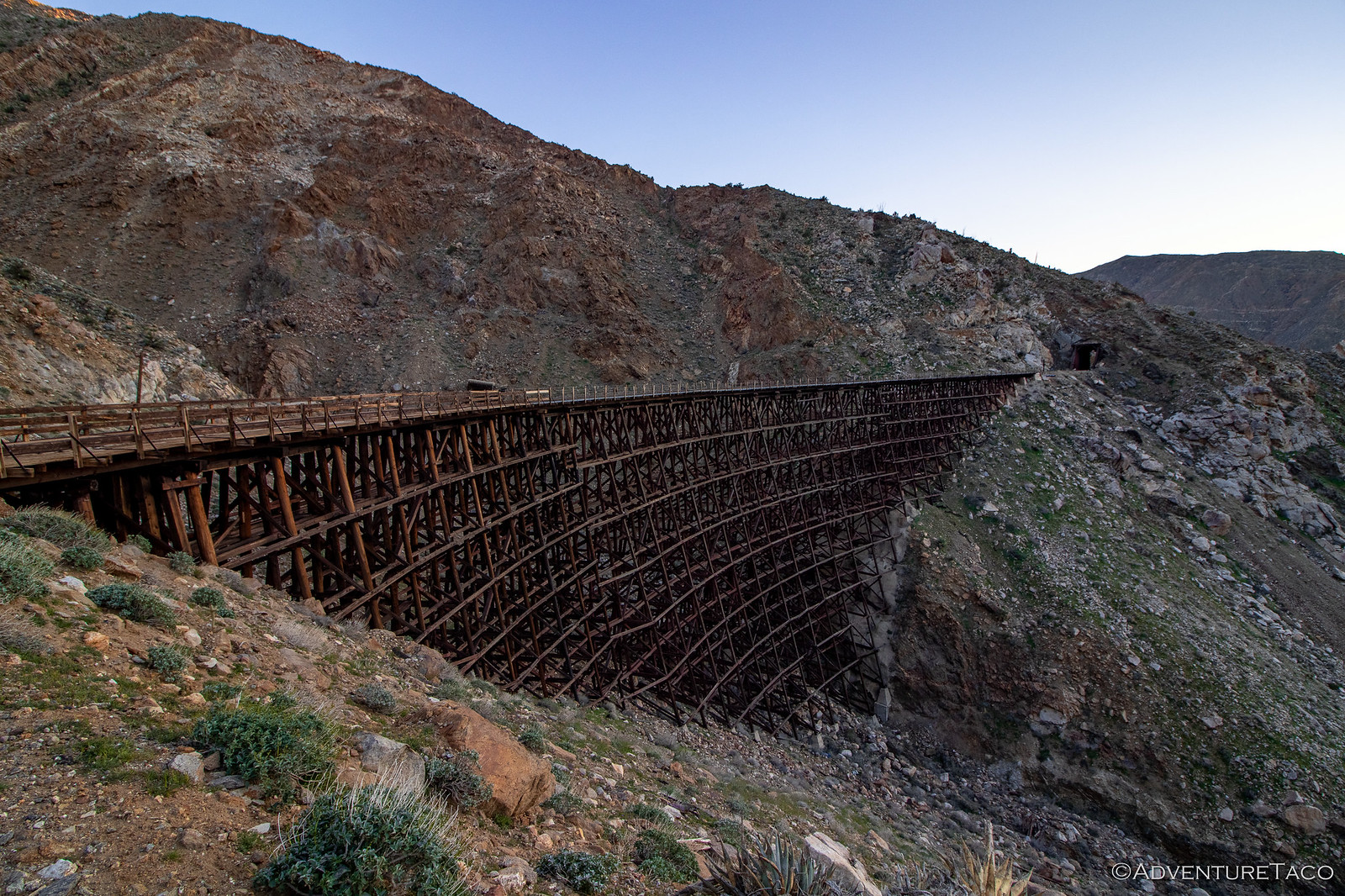 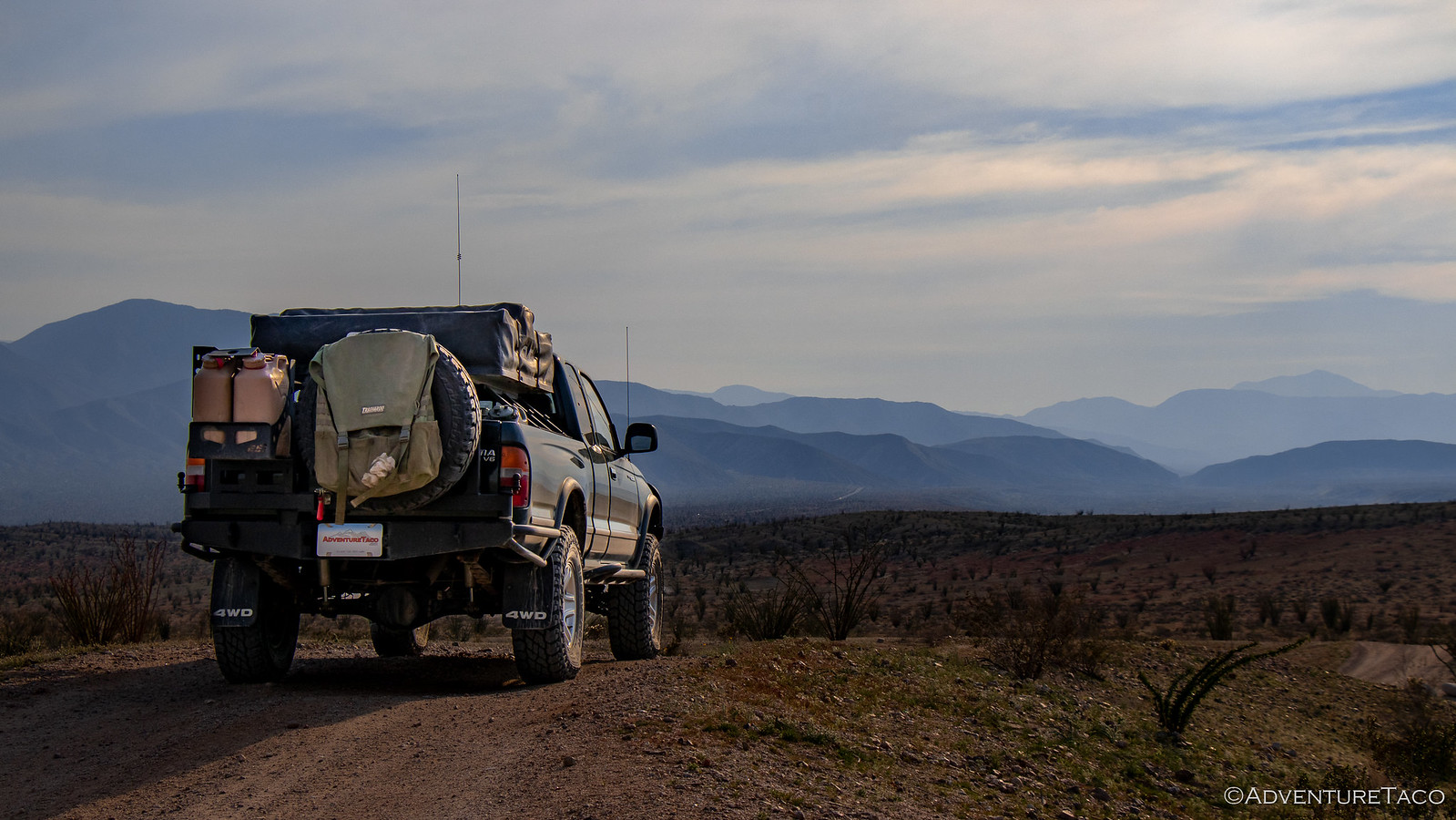 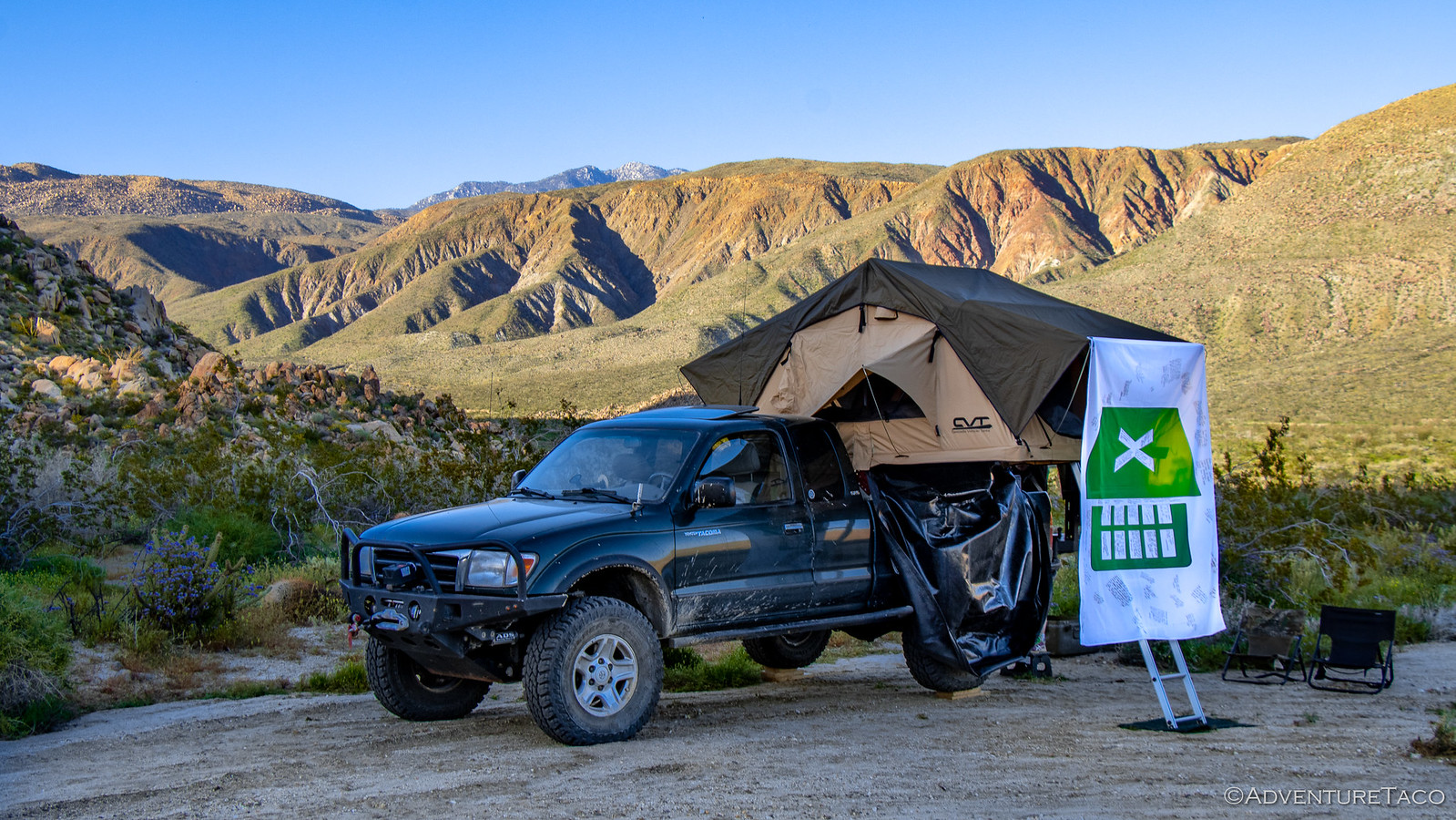