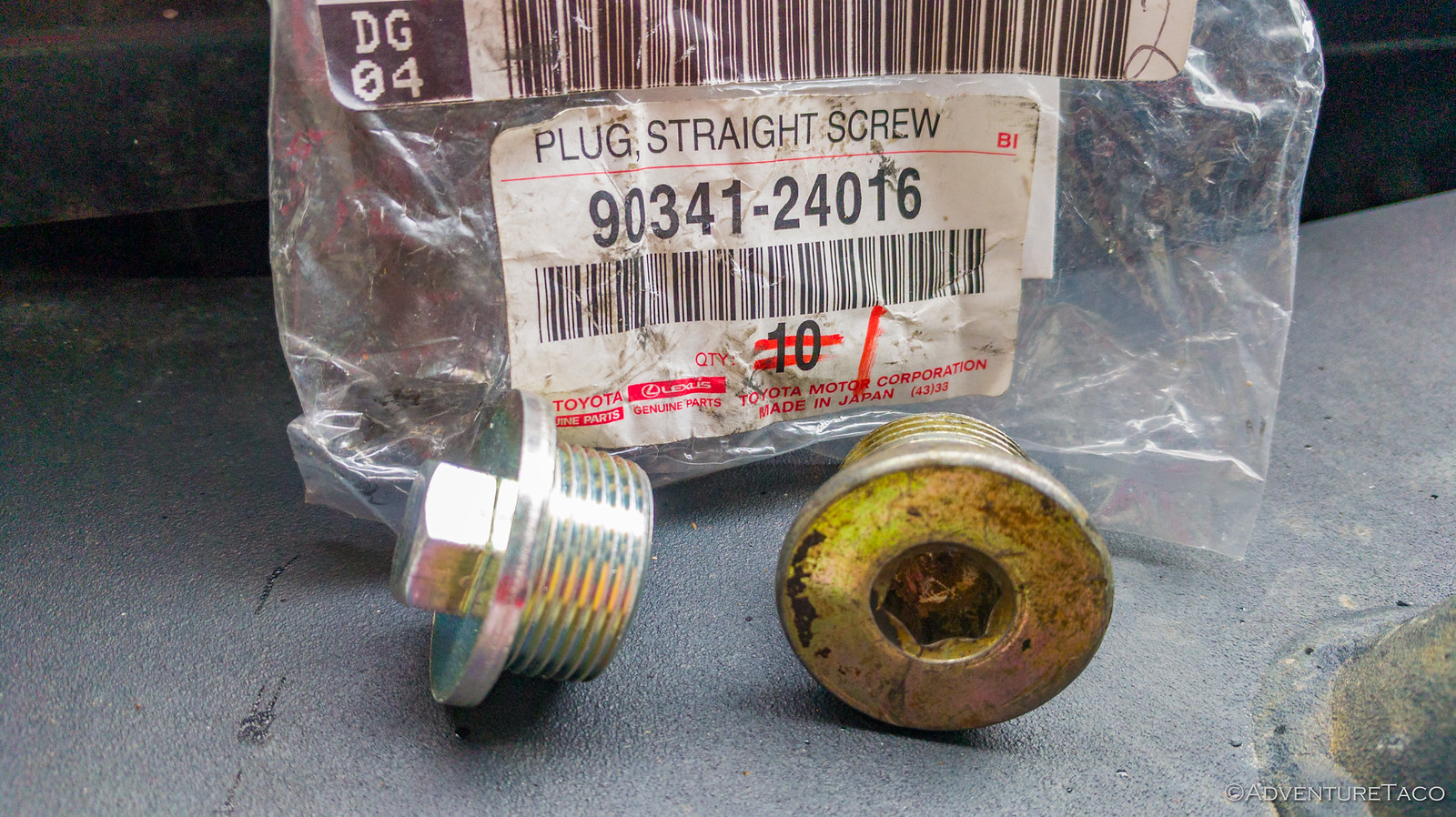 Anyone who owns a 4WD Toyota and has dealt with the drain and fill plugs on the IFS front diff knows that they generally suck. They use either a 10mm or 12mm hex key, and that can be a problem for many reasons:

There are ways around some of these shortcomings of course - you can fully clean out the recess, you can use a hammer to rap on the drain plug a few times before removing it, and you can try using a hex impact socket. But in all those cases, we're really just working around something that could be better anyway.

I don't know why Toyota did this to us all, but some number of years ago, they realized how terrible it was. And so they made new plugs that had traditional 14mm hex bolt heads. All was going to be right in the world, once again. Except that they decided they'd limit these new plugs to Lexus vehicles, continuing to install the hex key-style on Toyotas. 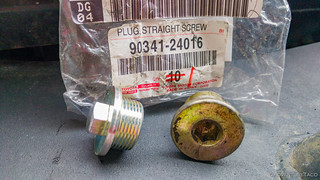 Luckily for us Toyota owners, the Lexus plugs fit our differentials as well. And today, I'm making my life just a little less painful by switching out the drain plug for the front diff - since I'm changing the oil anyway. The process is easy.

That's it. Your future self will thank you.